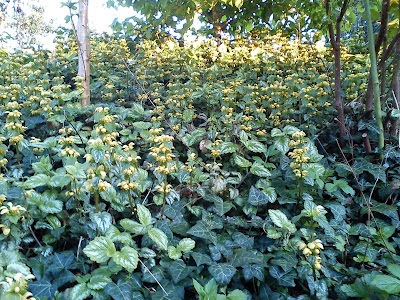 
It might have been called ‘Yellow Dead Nettle’, like ‘Red’
And ‘White Dead Nettle’, but instead it is ‘Archangel’
Why? It has no sting, but this alone should not elevate it.

Taking no account of heavenly status, the bumble bee hangs
From the caps of yellow petals arrayed up the shady bank
Probing for deposits of pollen beneath the branches

Of woodland trees. Just look at this flower, the way
Its parts co-ordinate, holding the bee’s body in an embrace
As it fumbles for the looted treasure in the vaults.

But then consider: its Latin name means ‘weasel smell’
And it’s also known as ‘Weasel Snout’, its aroma said to be
Like that animal’s scent. Such a thing of beauty rooted in

Odiferous rankness and common mould but discovering,
In those benign leaves and soft yellow petals, treasures
Of a world of light beyond the reach of bees or humans. 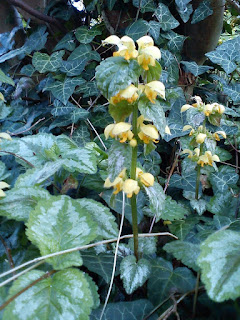